My grandfather was taller than my father, thinly framed, reserved and most times remained slightly scary to me as a child. With a sharp glimmer of mischief in his eye, he would punctuate the air with a few of his dry jokes. And just like that – his playful side would warm over the entire room. Born a first-generation American with Russian roots, he served in WWII as a Private First Class in an artillery battalion stationed in Asia and then remained in occupied Japan after the war for 2 years.

Upon the return and like many men his age, my grandfather found himself with essentially no marketable skills. In an effort to support veterans to rejoin the workforce, the US govt. passed the G.I.bill in 1944 which provided job training. My grandfather and his twin brother chose the screen print training course. After working for a short time at a screen printing company, the brothers decided to have a go at it on their own.

Together, they opened Nutmeg Screen Processing Company in 1950 in the basement of an apartment building in Hartford, Connecticut. My grandfather took care of production while his brother headed sales. Nutmeg produced decals for products, bus posters, large format multicolor ads, and lettering plates for machinery. They would sometimes hire an artist to help with the graphic work when it was needed for a job.

At age 6, my father’s first “job” was to clean off the masking tape from a bench that my grandfather used to dab little pieces of tape after removing them from the 4 corners of the artwork on his screens. Between color changes, my father also helped spread out the paper prints on large drying racks. My grandfather continued to run the business with his brother for over 30 years. Sadly, I never got to see it in person. He closed the doors a few years before I was born.

Perhaps guided by unforeseen and mysterious forces in my DNA, I fell into the print world 10 years ago upon applying to a job posting for a print production artist and landing it.  While my grandfather’s training began with a course funded by the G.I bill, my training began in a small print studio managed by two women where we built visual displays for boutique stores and experiential events. Although my grandfather never had the opportunity to share his knowledge with me, nevertheless I still gravitated towards print and found myself at long last, loving a job.

There, I learned the value of understanding the technical aspects of operating and repairing the machinery instead of just relying on outside technicians to do the job. I’ve managed to carry that mentality with me wherever I go. I think my grandfather would have enjoyed the things that I have learned over the years and the people that I have learned them from. I like to think that I’m continuing the path that he started over 70 years ago and that our love for process and craft ties our two dots together. 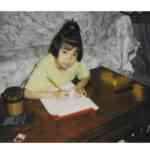 Drawing A Path To My Career As A Filipina-American

Transparency in the Workplace 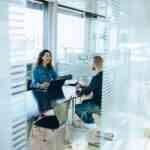