I remember the mixed feelings I had when I found out I was pregnant with my first child. I felt excited and scared but mostly sad. A feeling I felt ashamed to admit to because this was supposed to be good news. I felt that way because I knew my career would be put on hold. For how long? I don’t know. But I worked so hard to finish school and get my degree in Graphic Design. After graduation, I had a great start in my career. I was able to land an internship with Disney, 6 months in packaging design, and another 6 months in the web department. I was exploring the different fields of design, and even though I had the choice to continue in web design, I decided I wanted to explore other companies and see what else I can get into. In 2013, I decided to take a break from working and move to Fort Bragg, North Carolina where my husband was stationed. He had less than a year left in the military and we thought it would be nice to spend some time together on the east coast and travel. I had planned for us to move back to California and that’s when I will start focusing on my career. But I knew that plan was no longer going to work with a baby on the way.

We moved back to California and I gave birth to my son in May 2014. Like many women, I took on the role of taking care of my son and the usual household responsibilities while my husband went back to school. By the time my son was able to go to daycare, I was fortunate enough to get a freelance job that understood my situation and worked with my schedule. The downside was a pay cut but I felt I had no choice but to take the job. There was no way I was going to find another company that will give me the flexibility I needed. It felt good to be able to work and still perform my role as a mom and wife at home. I thought this was a good balance, but after having my daughter in 2017 the workload doubled at home and I was still getting paid the same rate from the time I started.

Fast forward to 2020, I eventually stopped going to work and took care of the kids. It wasn’t until the pandemic that I realized I wasn’t alone there are many women who have similar experiences being a mother and trying to keep up with their careers and most often women leave the workforce.

Mothers need a better support network. We need better options and solutions for affordable childcare. It is one of two policies often proposed to reduce the motherhood penalty. If we can offer better childcare options for families, then women will have an option to return to work sooner.  The second proposed policy is paternity leave. This will help divide parenting responsibilities evenly between parents and slowly close the gender pay gap.

I chose to share my journey as a mother because we celebrated Mother’s day not too long ago. We know how much our mothers sacrificed and why we appreciate them for all that they do. But instead of only honoring mothers on this one day every year, let’s start acknowledging the challenges every mother faces and make some changes. 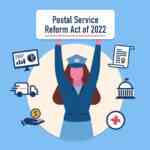 Delivering for America and the Postal Reform Act of 2022

Returning to the workplace at 50 plus 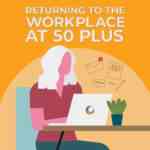