In December 2020 the economy lost 140,000 jobs and it might shock you to learn that all of those jobs belonged to women. Let’s break that down so we can all wrap our heads around it.

Just one year ago for the first time since 2010, women actually slightly outnumbered men in the US workforce. Covid-19 is setting women’s progress in the workforce back drastically.

So why have women been so adversely affected compared to men? McKinsey released their research on this last year and there are a lot of factors that are playing into this. But broadly speaking:

Another major challenge these women face is that by the time the jobs start to come back and open up again they will have been out of work a very long time. We know that long periods of time out of work make getting a job harder and also that when you do finally get another job the wages are likely to be lower. This will in turn widen the gender pay gap.

What can be done about this?

It’s obvious that now more than ever, companies need to address any gender inequalities in their hiring and firing practice and pay women and men equally. But we need to do more. It’s been proven that women will hire more women than their male colleagues. But with fewer women in those hiring positions now, companies need to incentivize hiring and promoting women, identify and train the women who remain for their leadership potential and work on eliminating friction in the work-from-home economy that’s burning so many women out.

We need to decrease childcare burdens and attitudinal bias about women’s “commitment” to work in the midst of a pandemic to speed up recovery. We also need to increase public and private spending on services such as education and childcare to help women re-enter the labor market quickly and at a fair wage. This in turn supports other women as it’s mostly women working in education and childcare.

Major change is needed and it starts at home and reaches all the way to congress. Women need more support from the men in their families, to decrease their domestic and childcare responsibilities. We need law-makers to pass public spending bills that support women getting back to work.

If we cannot make these changes the impact on women is going to affect us economically for years to come. We will widen the gender wage gap which will have a huge impact for the financial security of women, and of the families who are depending on women. So in the post pandemic world I will leave you with this – Hire right, hire bright, hire a woman. 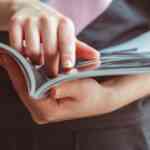 Rise of the Catalog 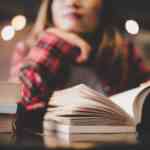